I'm mainly a process knitter/crocheter. I enjoy the actual making of items rather than wanting the finished products. There are exceptions though. I knitted a Find Your Fade shawl (Ravelry link) for a friend's 50th birthday and hated the process (all those damn rows of garter stitch...) and swore never to make another one. 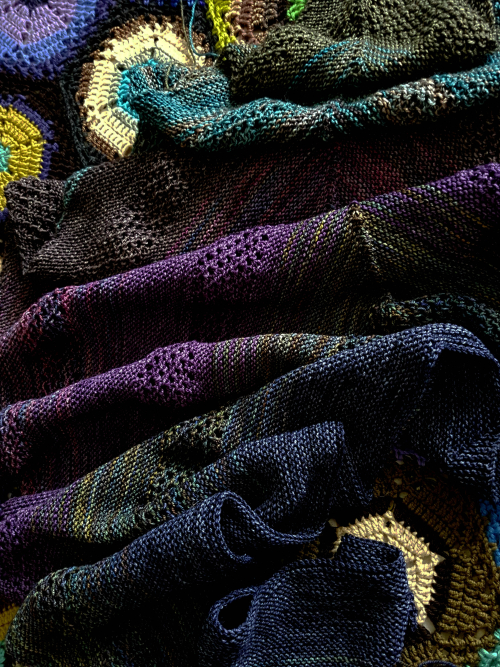 That is, until I tried the shawl on and realised I had to knit one for myself, this time in greens and purples.

Fast forward a couple of years and I've knitted another for myself.  Mad or what? 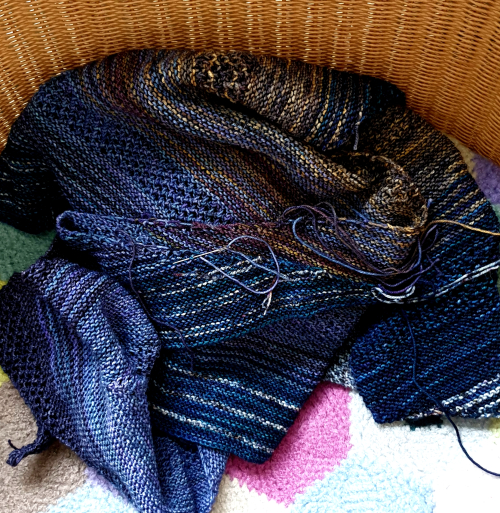 This one's mainly shades of light and dark blue with soft, yellowy browns. The yarn ends are all sewn in and the shawl needs blocking. But first, I have to clear the studio table. I may be some time... 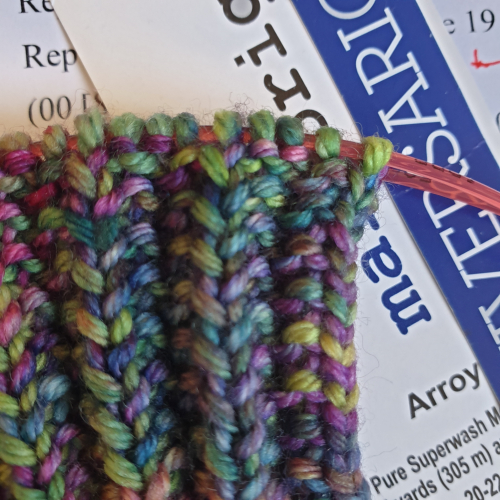 I'm much happier now I've had a rethink.

I should know better...

...than to start knitting a new design late at night when I'm tired. Looks like it's back to the drawing board today. 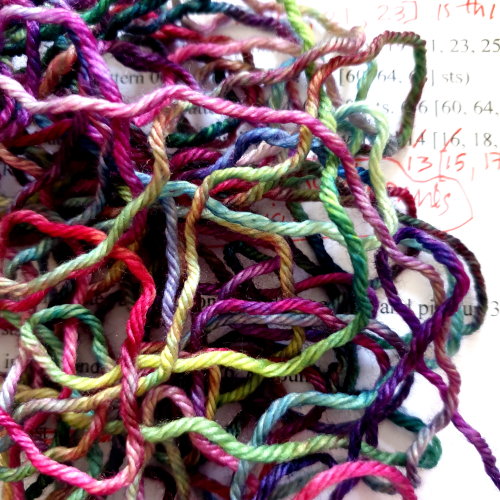 The yarn looks good knitted up though - it's Malabrigo Arroyo, colour 005 Aniversario.

The Order of the Day [Unabridged Audiobook] [Library BorrowBox] by Eric Vuillard, narrated by Leighton Pugh