I'm making the effort to get out of the flat every day for fresh air and exercise. Walking the streets round where I live seems to be the best way as the seafront and streets leading to the sea are busy. I suspect this might change when the weather turns grey and rainy!

Yesterday's walk was along Eaton Road (how could I resist?) past the cricket ground. 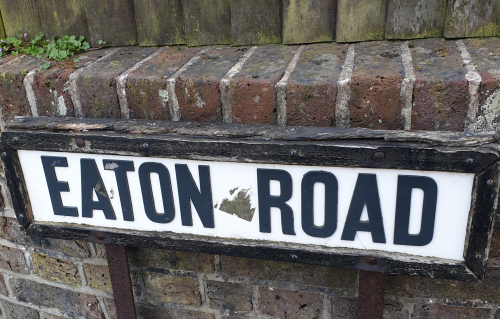 The Sussex Cricketer pub is boarded up ready for some redevelopment at the ground. 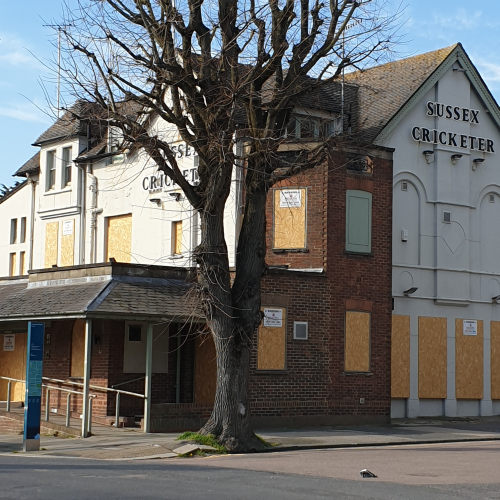 i don't really mind staying at home (I'm over 70, so being very cautious about Covid-19). Self-isolation feels rather like working freelance from home which I did for many years but this time it's without the work!

My studio table is tidy and today's plan is to get out the pdf sewing patterns that I've printed on paper and stick the pages together. I'm in need of new clothes and have lots of fabric washed and ready to cut out. 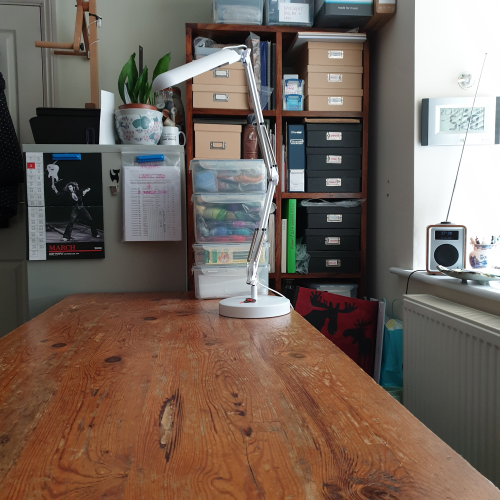 Apart from sewing clothes, I have plenty here to keep me occupied and happy. Music, books, audiobooks are all essential to my mood (thank goodness for Spotify, Kindle, Audible and library apps) and there's a sizeable yarn stash to keep my fingers busy.

Too Close to Breathe [Kindle Edition] by Olivia Kiernan

The Couple Next Door [Kindle Edition] by Shari Lapena