The Riddle of the Sands [Unabridged Audiobook] [Audible] by Erskine Childers, narrated by Anton Lesser

We Know You Know [Kindle Edition] by Erin Kelly

Here we are still in lockdown. I must admit that my Lockdown Lethargy has morphed into more or less Total Apathy and I'm not really getting anything creative under way.  One thing that's almost finished this week is this: 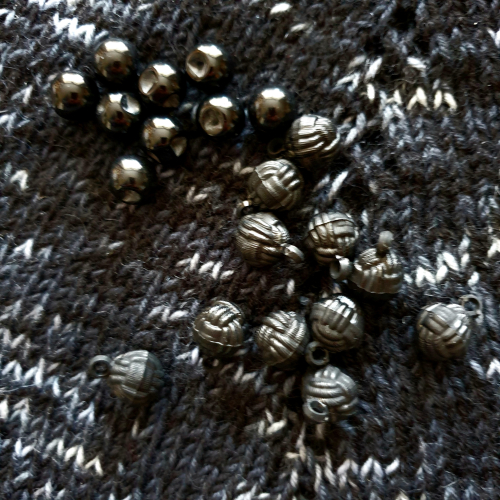 Cardigan with short sleeves knitted in two strands of Regia sock yarn (frogged from an unworn garment - can't remember what it was) which is blocked, yarn ends trimmed and ready for buttons.  Buttons are black btw - rather rubbish photo.

On the go is a crochet shawl in Wollmeise Lacegarn, colourway Barisa (from stash). Nice simple stitch pattern but I'm not happy with the way the colours are working. They're too patchy for my taste so I'll overdye the shawl once it's finished. Not sure yet what colour dye to use, probably some shade of blue which will turn the green into turquoise. On the other hand, I could go for a 'nice serviceable purple'... 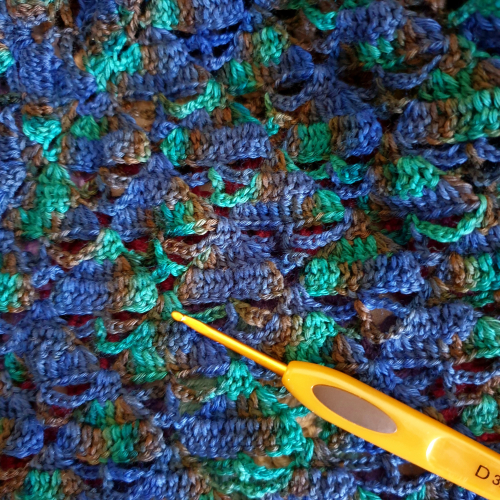 I'm slowly adding more items to my Folksy shop when I can summon up the energy to sit at the laptop. Quick preview of this week's additions which will go live by Friday - sets of six twisted ring stitchmarkers and two progress keepers. 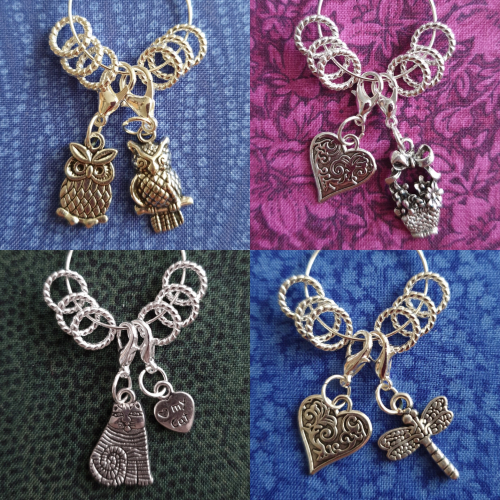 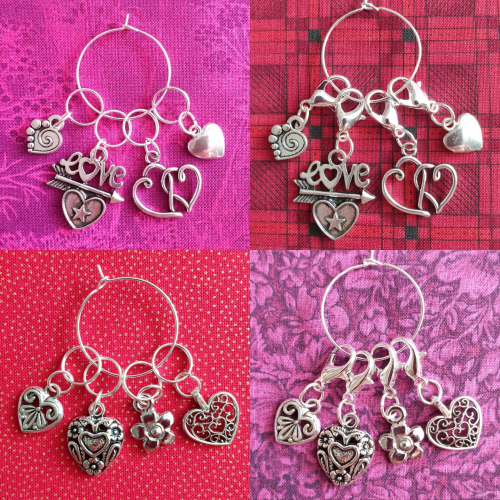